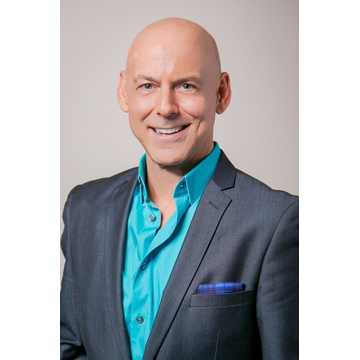 Prior to becoming Xerox’s corporate champion for lesbian, gay, bisexual, and transgender (LGBT) employees, I knew little about their community. I had no openly gay friends or family. I had never met a bisexual person or someone brave enough to go through a gender transition. Although Xerox truly embraces diversity, and has done so for over 40 years, our LGBT employees had been invisible to me.

That was six years ago. In that time, our LGBT colleagues have given me the privilege of:

None of this is fair and all I could think of was: How can I help?

Safe, Visible, and Out

I worked with GALAXe, our caucus group for lesbian, gay, bisexual and transgender employees, to make sure any employee could safely choose to become visible and bring their whole selves to work. We organized “LGBT 101” educational sessions across the Xerox world. We reached out to my fellow corporate officers to give them an opportunity to understand the specific challenges faced by LBGT employees.

Every single vice president we approached immediately opened the door and became an amazing executive ally. So when the day came to sign the amicus briefs in support of withdrawing the Defense of Marriage Act in the U.S., or to repeal Proposition 8 in California, or to speak up for equal marriage rights in New York state, Xerox did not sit on the sidelines. We stood behind our core values, and joined the efforts in various states to promote equal rights for all.

After an initial pilot in Canada, voluntary self-identification is now embedded in employee diversity and respect surveys around the world. All of us can now share our gender identity and sexual orientation securely. Almost 4 percent, or one in 25, of last years’ survey respondents self-identified as  lesbian, gay, bi sexual, or transgender. They provided specific suggestions on what we could do better to allow them to realize their full potential. We have also been able to establish the long-overlooked transgender benefits for all Xerox employees. We educated managers around the globe on how to respectfully help an individual, and coach their team, as he or she goes through a gender transition.

Most importantly, all Xerox organizations rate 100 percent on the Human Rights Campaign Corporate Equality Index. This is the national benchmarking tool on corporate policies and practices pertinent to LGBT employees.

I cherish the memory of standing on the steps of City Hall, with colleagues and the mayor of Rochester, N.Y., representing the only large Rochester employer with the courage to publicly stand behind our beliefs. It was exhilarating when, shortly after, same-sex marriage became legal in New York. Dozens of Xerox employees, now my friends, have married. Seeing their touching wedding photos triggers tears of joy.